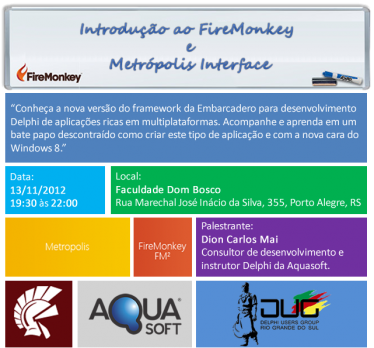 Delphi developers can count on XE3 to be able to quickly and easily move their application to Windows 8 Metropolis interface and to use FireMonkey and be able to deploy to Windows and MAC!

RAD Studio XE3 enables developers to update existing Windows desktop apps to Windows 8 and the new Windows 8 UI style for both desktop and Slate tablet devices with integrated touch and device sensor support. Additionally, XE3 applications can be deployed across older versions of Windows from XP to Windows 7 with the new UI style, widely known by developers as ‘Metropolis Interface’.

Our friends from south Brazil will make a great event in Porto Alegre to teach the local developers how to use this new features from Delphi XE3! I wish I could be there, so don´t loose the opportunity!

Check the original post from DUG-RS announcing the event here. 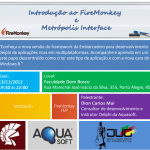 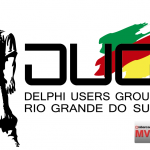