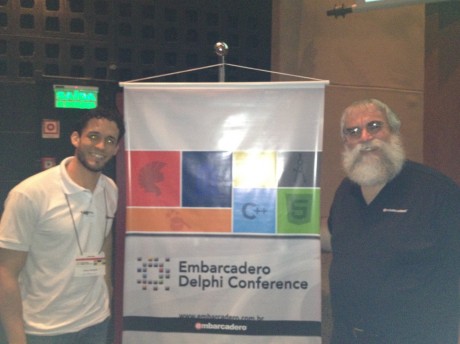 Delphi Conference Brazil 2012 gathered almost 700 Delphi developers in São Paulo waiting for Delphi XE3 newest releases and to see what the MVPs had to show!

I arrived in São Paulo on Monday and could not sleep well waiting to meet old friends, meet the Delphi community and share useful knowledge!

On Tuesday morning, at 8am we had a meeting with Embarcadero Brazil staff to talk about expectations and duties during the event.

The event started at 10am with the opening Keynote of David I (VP, Developer Relations and Chief Evangelist at Embarcadero Technologies) and Michael Swindell (Senior Vice President of Marketing and Product Management at Embarcadero Technologies) showing Delphi XE3 features and the new HTML5 Builder a revolutionary new application development solution that enables developers to visually design and develop standalone mobile or end-to-end web applications for multiple operating systems deployable to web servers or app stores.

I was scheduled to speak at 2pm at the “Red Room” and when I arrived the room was already full… everybody wanted to know more about “First steps on FireMonkey and iOS apps programming”. Me and my friend Ricardo Boaro had a really nice time! It was a “hands on” session and a great opportunity to show to the audience some tips and tricks of what Delphi can do for us… live and uncut! A little bit nervous at the beginning but but a few minutes latter we were very comfortable with the mic and we spoke and coded for 2 hours! Wow!

The slides and source code for all the presentations are available for download ia GitHub. You can access the directory and download complete contents for all the events since 2012. Wow!

Considering the number of people who came to us saying congratulations, asking for more information and even asking to take pictures with us… believe it or not we have fans

… I would say they really liked it! Check the complete slides used during the presentation.

During the intervals we had some really nice snacks, thanks to Embarcadero

and we were supposed to stay in our “talk to an MVP” booth where we were available to talk to people, give technical support, share useful ideas and so on! I met some really interesting people and shared lots of relevant information… and that I think is the most important thing in this kind of events!

Later, at 5:30 pm I was scheduled to speak again showing how to do Automation and control using Delphi iOS apps + Datasnap REST Servers and Arduino boards. As an example I showed how we could turn a lamp on and off by simply clicking an ON/OFF button in my iPHONE 4s. Check the complete slides used during the presentation.

Lots of questions and excitement… people were very curious on how to use Delphi to control any kind of devices… read sensors… write to actuators… many emails on my inbox too with doubts and also asking for more! looks like people really want to know how to use Delphi beyond Delphi! This video shows a preview on how to do it.

At the end of the day we were all very tired but also very happy because it really was a great event! We went all together to eat some Pizza and again we had a nice time to talk about technical stuff but also to laugh a lot, tell some jokes and drink some beer! Check the photos!

I would like to thank everybody! Embarcadero US and Embarcadero Brazil staff for this great event… The MVP friends for their knowledge and support at all times… the audience for giving us the pleasure to speak to the biggest Delphi Developers audience world wide. This was my second time speaking at the Delphi Conference Brazil, and I can say the it gets better and better!

DC2012 official report from Embarcadero can be found here. The slides for all the presentations can be found at CodeCentral

See you all next year! 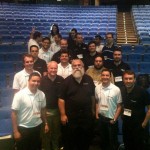 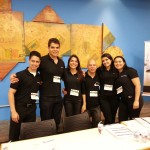 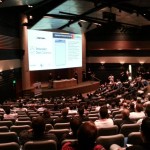 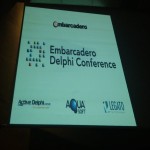 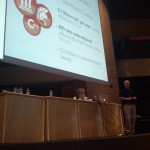 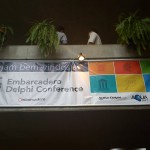 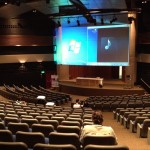 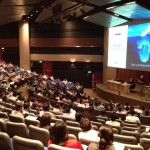 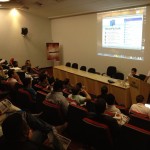 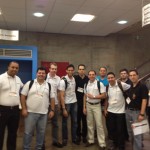 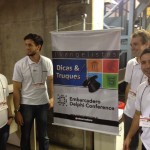 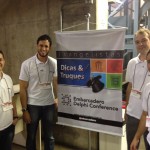 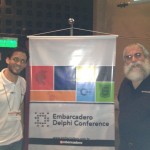 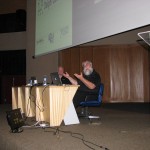 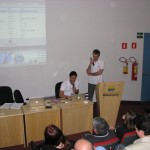 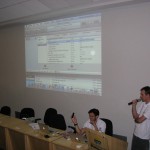 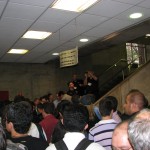 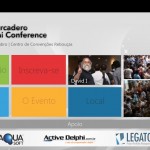 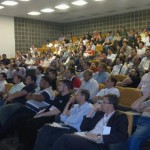 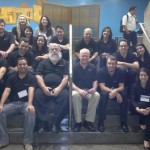 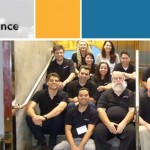 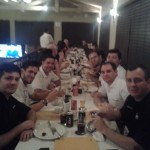